Every organization follows a typical hierarchical arrangement of the line of authority where employees are categorized based on their roles. Normally, every organization hierarchy consists of CEO, Vice President, COO, Manager, Sales rep and this can be setup in your Bigin account. This structure determines how the power, responsibilities are assigned and the flow of information from one level to another. Only users in the higher level of hierarchy can access the records of the users in the lower level.
The roles page displays all the available roles, number of users under each role, and whether the data is visible to the peers or not. 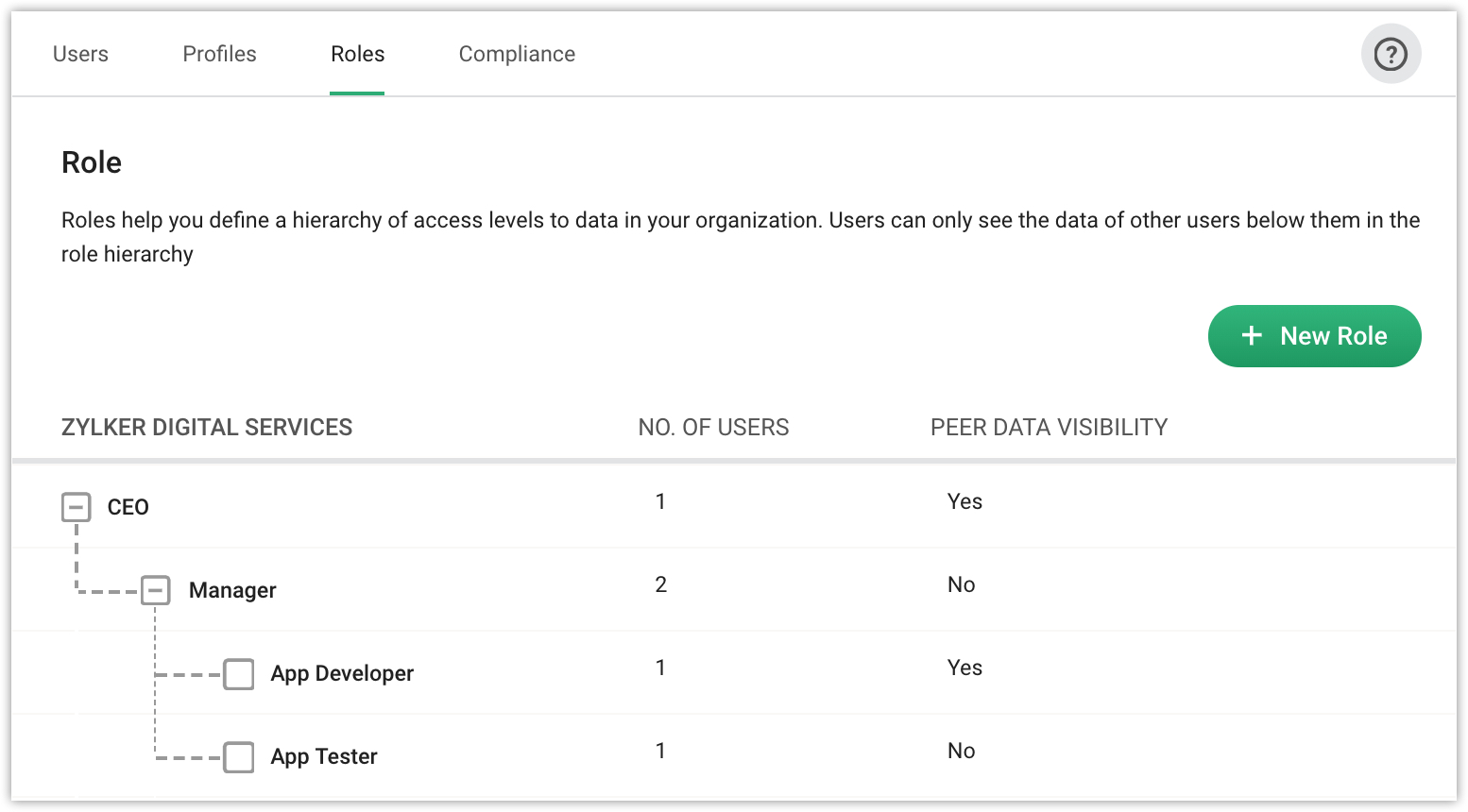 Roles can be created based on your Organization's structure. By default, CEO and Manager roles are made available.
To create roles

Assign Roles to the Users

Once the roles are created, they can be assigned to the users in your organization.
To assign roles to the Users

Once the roles are created, they can be modified based on your requirement. You can change the role name, immediate superior, toggle settings for sharing data with peers.
To edit a role

You can delete a role when they no longer satisfy your organization's hierarchical needs. Deleting is complete only after you transfer the users from the existing role to another.
To delete a role