How does email response work?

Contacts will enter into further processes of the workflow, continuously, as and when they satisfy the conditions selected above, resulting in the same contact entering multiple paths in the workflow at different times.

Let ' s take the scenario below:

Say you are creating a workflow for an event 'Zylker'. You use the list entry trigger for all the contacts who've attended the event. After adding the send email component to the canvas, where you've created a Zylker sale email campaign, you've enabled the email response action. The responses you've selected are delivered , opened , and clicked on any link. Refer to the screenshot below. 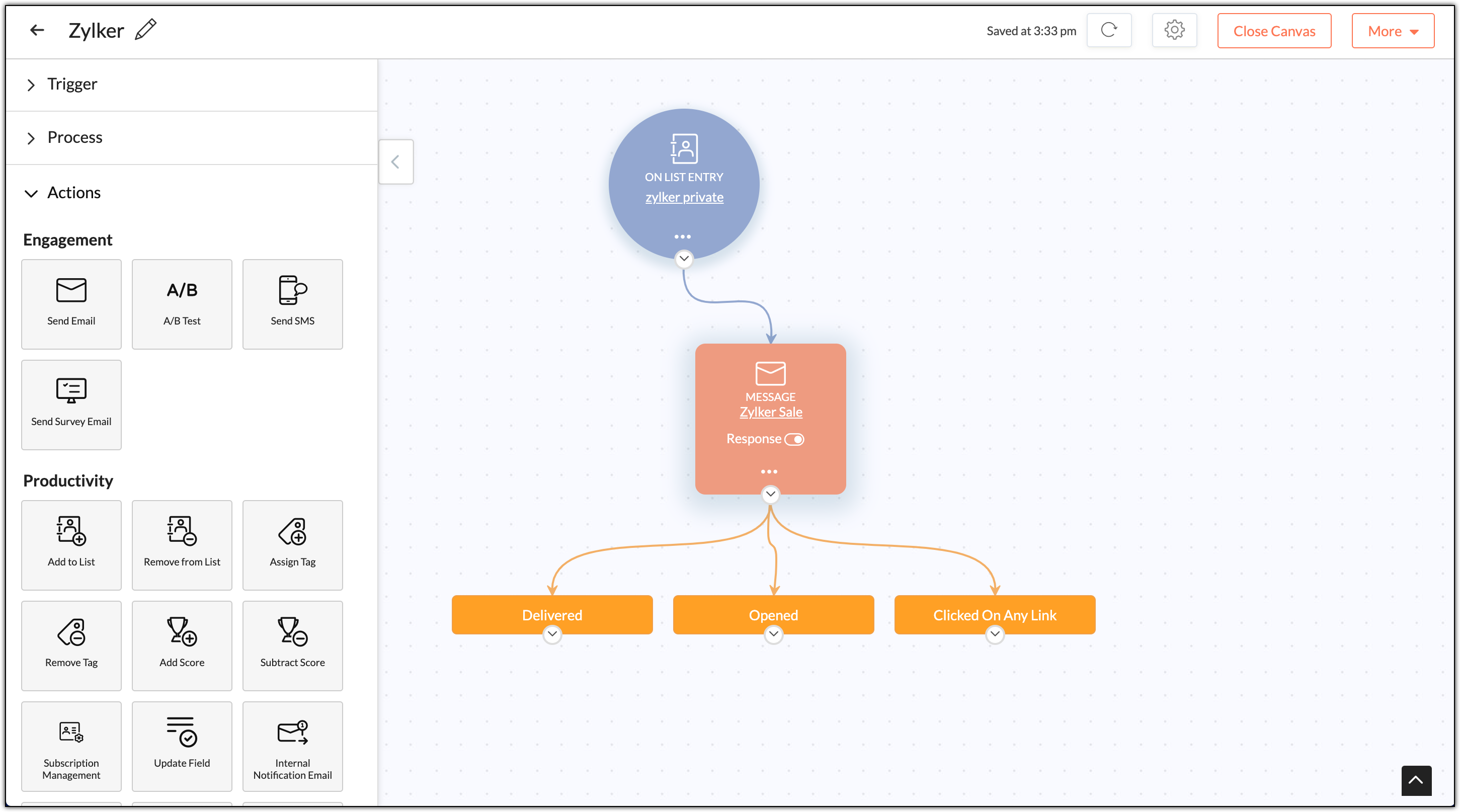 A number of contacts enter the send email component and are met with the above  response conditions. (They should have received the Zylker Sale email, opened it , and clicked on any link in it.) 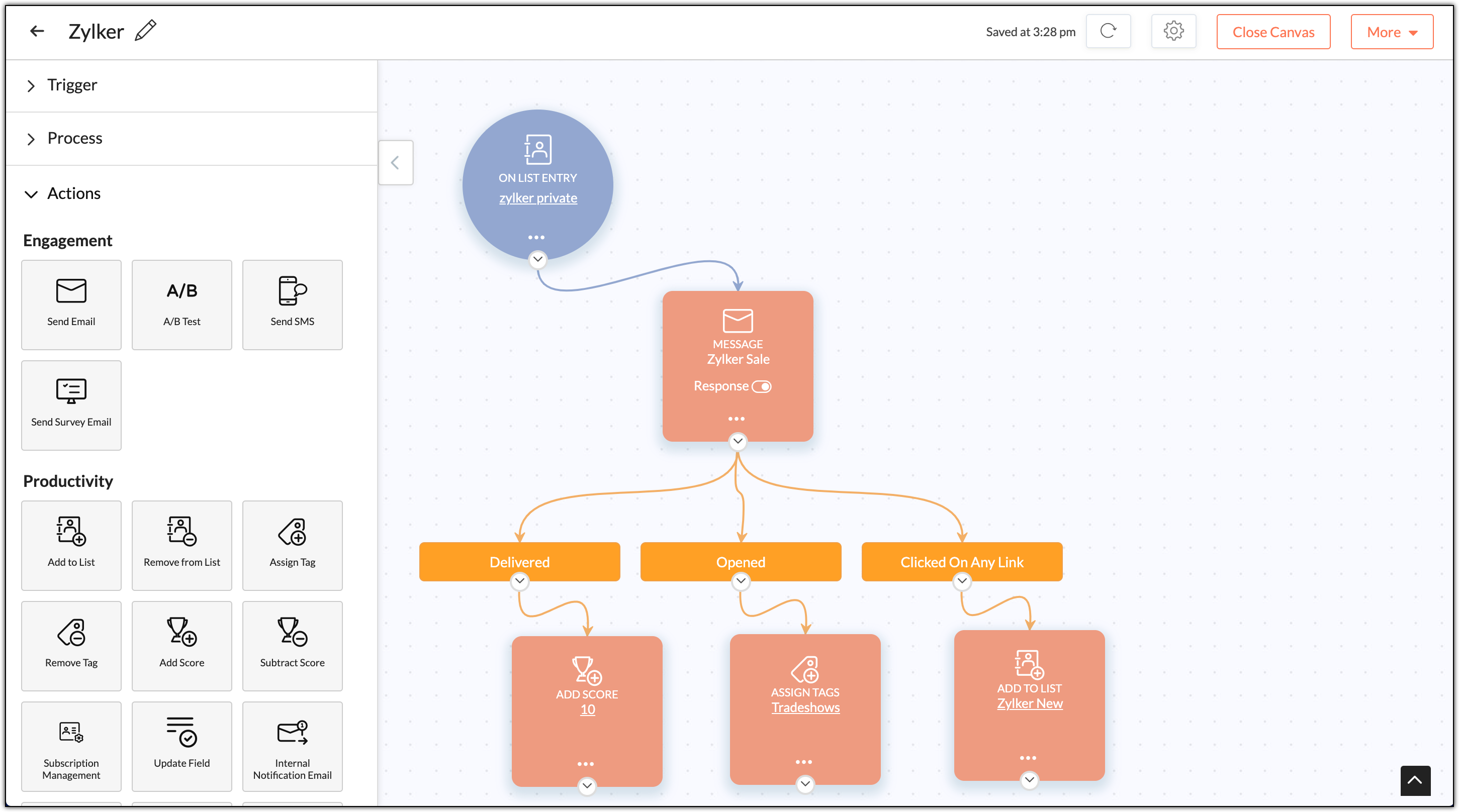 At first, when another contact named Lucas enters the component, he meets only one condition. He has only received the Zylker email , and therefore only enters that path of the workflow where a score is added. After a few days, Lucas opens and clicks on a link in the same email , which has him qualified to enter the other paths of the workflow. For opening the email , Lucas is assigned with a new tag, and for clicking on a link in the email , he is added to a new list.
The email response component allows Lucas to enter the various paths of workflow as and when he satisfies the conditions. This results in the same contact being present in various paths, performing multiple actions in the same workflow.

With the email response component, contacts will continuously enter further processes of the workflow as and when they satisfy the selected conditions.