A software company can use the Blueprint feature to track and manage the software development lifecycle. A blueprint consists of two parts: stages and transitions. Zoho Creator allows you to update the status of a stage for important events, such as when a feature request is received, when development starts, when issues are found, and so on. The relevant team then moves the blueprint to the next stage using transitions once they complete their work items. This way, the entire development cycle is efficiently tracked and fully automated using workflow actions that are triggered at each blueprint transition.
The following is an illustration of how the use case above would work in Blueprint. 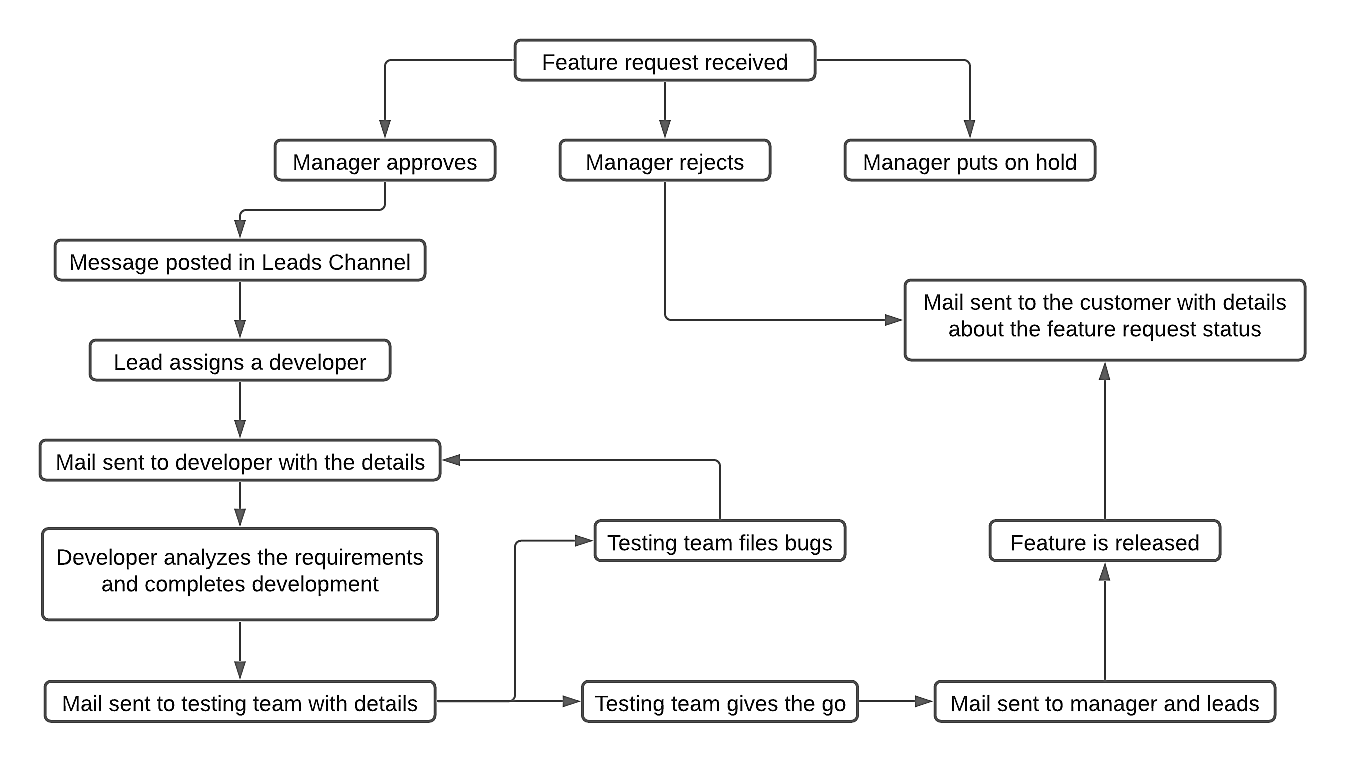 Setting up a blueprint 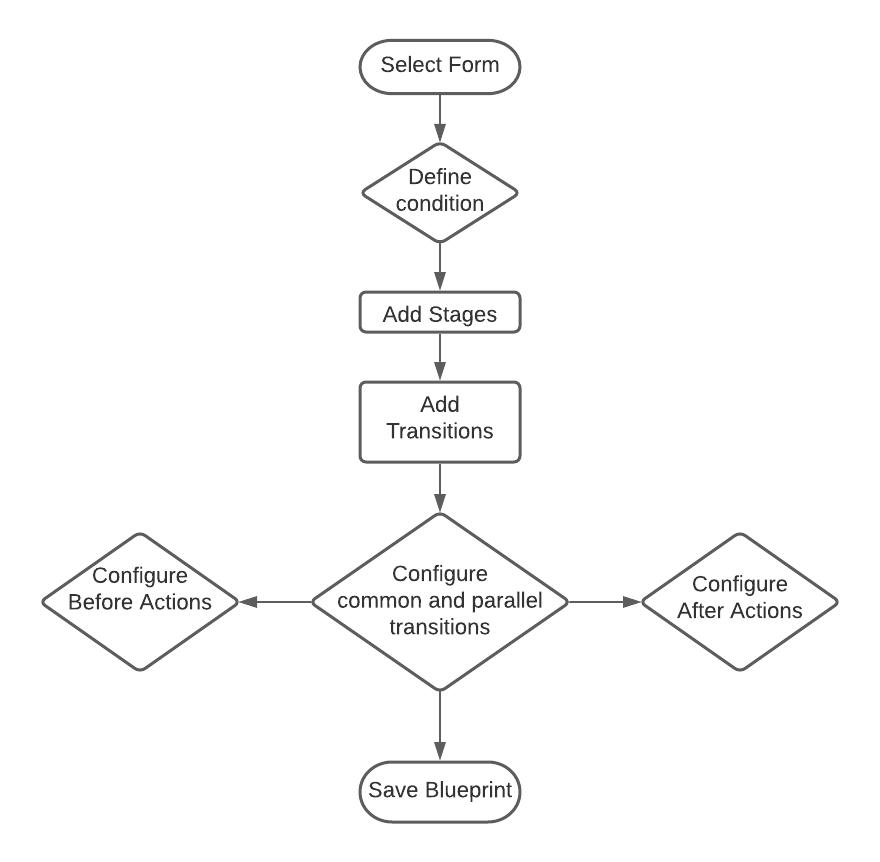 Step 1: Navigation to the Blueprints section
In your application, navigate to Workflow > Blueprints > New Blueprint

Step 2: Create blueprint by:
Step 3: Add Stages - These are the different milestones in the process. For a software development lifecycle process, Feature Approved, Feature Developed, and Testing Complete might be some of the stages.

Note: Stages can be renamed or deleted by clicking on them.

Step 4: Add transitions - These are the intermediate phase s between two stages, acting as their link. Transitions are clickable button s that are used to move the blueprint to the next stage. Using the same example, Approve Feature, Development Started, and Bugs Found might be some of the transitions. When the Approve Feature transition is performed, the blueprint stage is moved to the Request Approved stage.
Click on the + icon to a dd a transition between the stages:

After Transition actions are used to configure workflows that are triggered when the transition button is clicked. For example, we can use the send mail task to send an automated email notification to customers when their requests are approved. Click on Add New Action under the After header gives options to configure various workflow actions:

The following image shows the various workflow actions that can be configured:
Tip: Learn about Deluge.
Step 5: Click Save Blueprint. 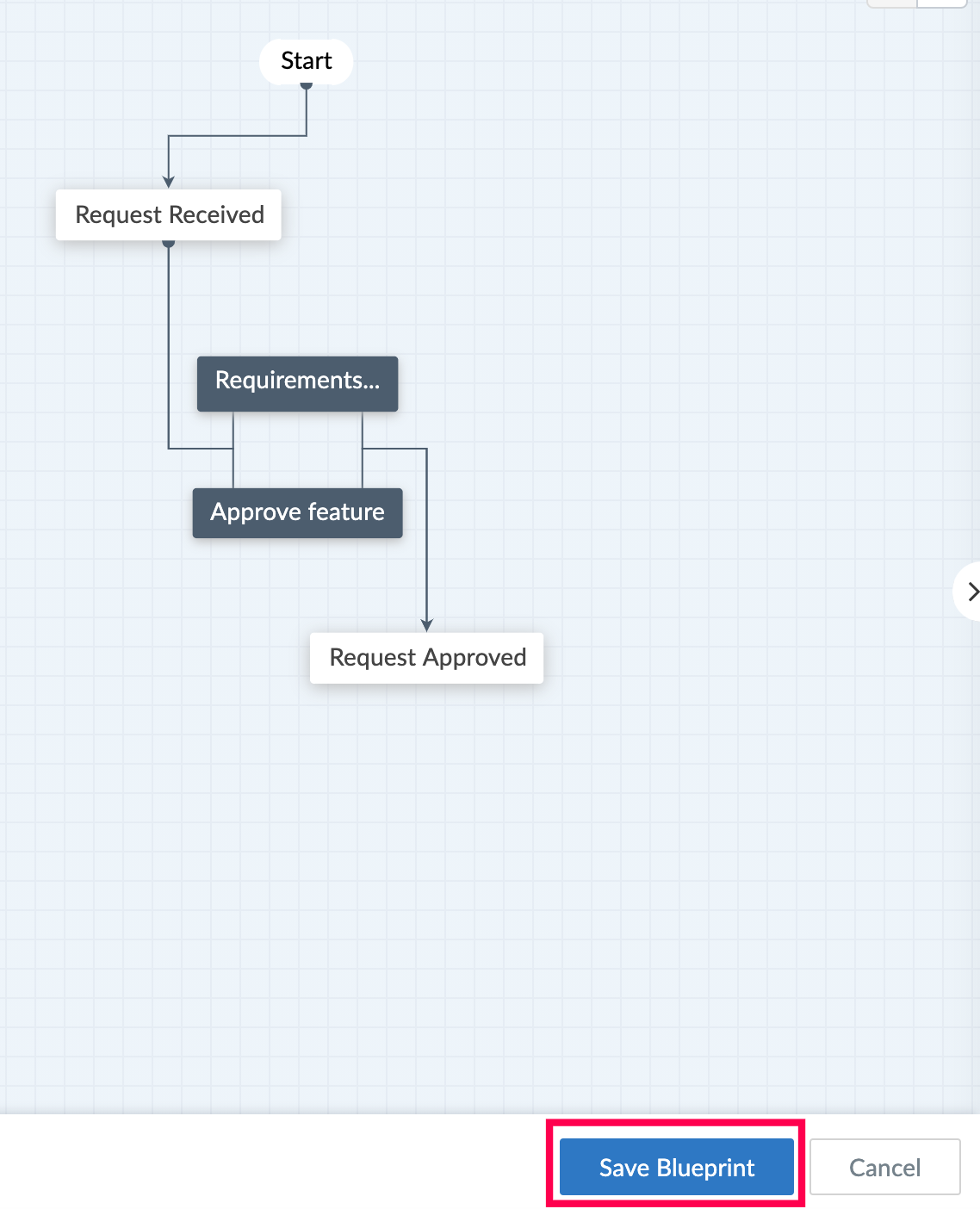 Click here to check out a complete hands-on tutorial on Blueprint. Using the tutorial, you will be able to build a functioning app tha t manages the software development lifecycle.
If you are stuck or need more help with this feature, please contact us at support@zohocreator.com