Use macros auto-suggested by Zoho CRM

Zoho CRM takes the usage of macros a notch higher by intelligently auto-suggesting macros that you could create based on your CRM activities. If you have been repeatedly performing the same set of actions over a period time on a bunch of records, Zoho CRM will automatically suggest that you create macros out of the actions. Consider the following scenario, in which the same set of actions are being performed thrice over a period of 10 days.

Day 1: You send a Welcome Email template to a set of leads under "Today's Leads" custom view and then update the Lead Status field to Contacted.

Day 3: You send the same Welcome Email to another set of leads under "Today's Leads" custom view and then update the Lead Status field to Contacted.

Day 8: When you repeat this action for the third consecutive time, that is, after you have sent the Welcome Email this time to a bunch of leads under "Today's Leads" custom view and updated the Lead Status field to Contacted, you will see a popup window suggesting that you create a macro out of this action. 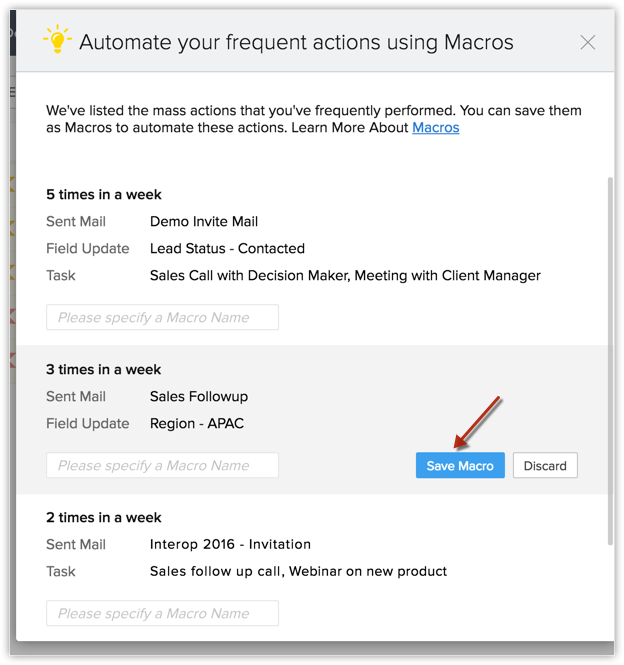 Following are the criteria that have to be met in order for Zoho CRM to auto-suggest macros: