Saving a Blueprint as a Draft

It so happens that sometimes you are not ready to deploy your final Blueprint into CRM yet, and you need to put some more thought into the process flow. When you publish a Blueprint, you will begin having records entering it - so it's not a good idea to deploy it before it's ready. In this case, you can save a Blueprint as a DRAFT.

At a given point in time, you can have one "Published" version and one "Draft" version of a Blueprint.

The moment you edit a Blueprint, you can either publish the changes directly or save the latest version as a draft. You can toggle between the Draft and Published versions in the Blueprint Editor. 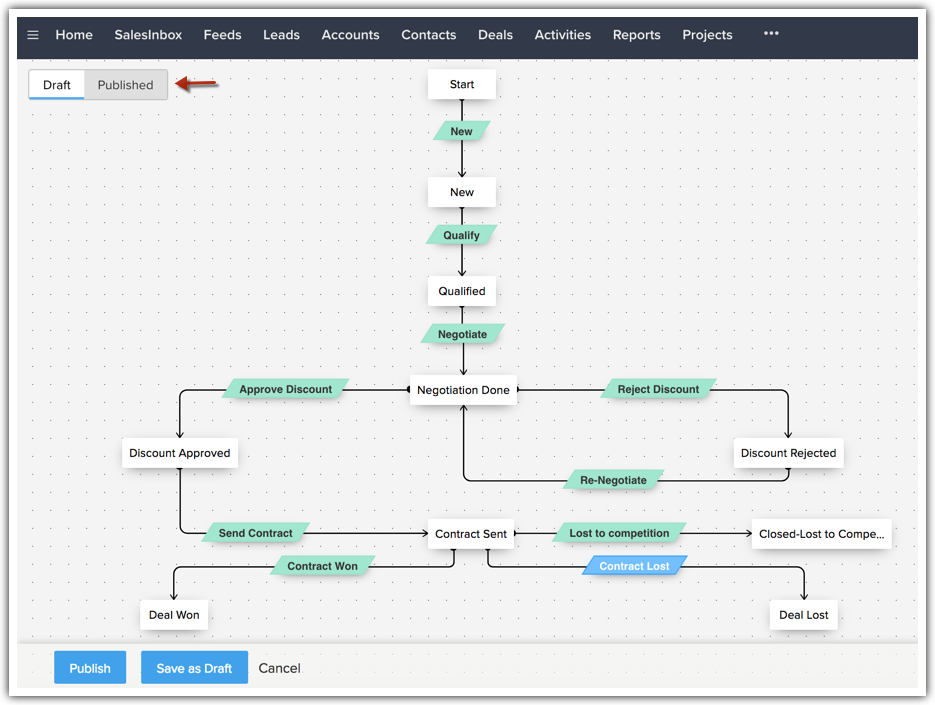 Now that the process flow has been created using States and Transitions, the final step is to define further Transition settings.