Forecasts Based on Role Hierarchy

The CRM records are accessible to the users in an organization based on their roles. The user at a higher hierarchy will be able to view the subordinate's record, that is, the record visibility is per the role hierarchy. A role hierarchy has multiple roles and sub roles. In Zoho CRM, you create a forecast target for the top most role in the hierarchy, i.e. for the organization. Forecast targets are then set for the other roles in the hierarchy and the users in those roles.

At first, a user with the administrator profile has to configure the organization's forecast settings in the Zoho CRM account. The settings include:

You can create forecast for a specific quarter/month only once. You can however modify the existing forecast details.

Create Forecasts Based on Role Hierarchy

In Zoho CRM, forecast is created for the top most role in the hierarchy, i.e. for the organization. Forecasts targets are then set for the other roles in the hierarchy and the users in those roles.

To create forecast for a quarter/month

Set Targets for Sub Roles and its Users

You can drill down to each sub role and set targets for the sub roles, its managers and users. The targets for sub roles and its managers can be set at the time of creation of the forecasts. However, if you haven't set a target for them, you can still do so by editing the sub territories.

For example, Zylker Inc has two roles- Manager and Sales Manager which are sub-roles to the CEO. The following users are part of these roles:

Once saved, the target for other users can be set by clicking the Edit button. 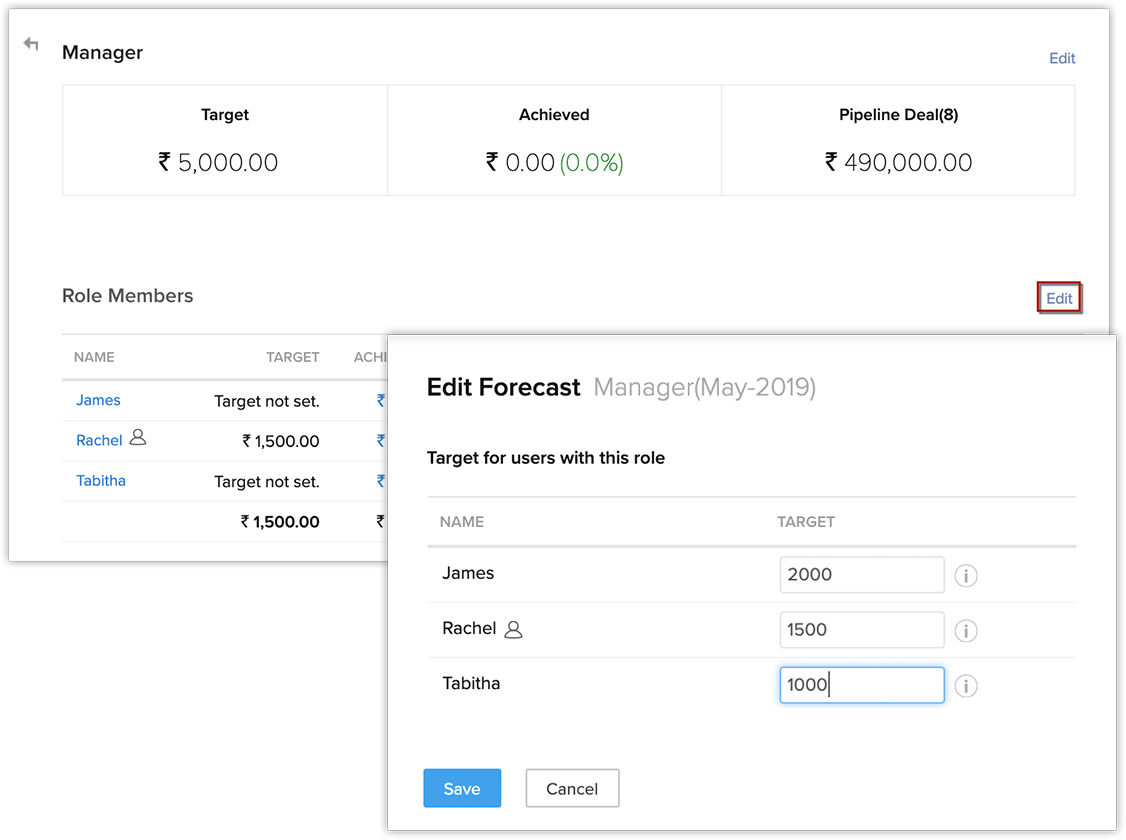 To set target for sub roles

There are two options to compute the Target Amount, Achieved Amount, Pipeline Potential, Target Achieved in Percentage, Shortage in Percentage and Target Mismatch when you view the forecast for a month/quarter.

Drill Down Through the Forecast