In today's world, your recruitment process is defined by who you hire and how you're trying to hire them. This leads to organizations developing unique recruitment methods, which are often multi-layered as responsibilities are divided among various teams.
Take Zylker for example, a company where the leadership team decides the overall business strategy, including their roadmap for hiring. The recruiting team then operates with their allocated recruitment budget to manage their sub-teams, like the background screening team & interview team.
This model is used in most companies as their expenditure is centralized. However, this removes control from the hiring manager as they can no longer see the hiring process unfold in front of them.
To solve this conundrum, we at Zoho Recruit have come up with a dashboard that will help not only hiring managers and admins, but recruiters too!
Zoho Recruit's Overview Dashboard is a visual collection of data-driven metrics designed to tell you how your recruitment funnel is performing. This includes data on applicants, hires, interviews and job openings.

This dashboard varies with what profile you have in the organization. Recruiters will see a breakdown of metrics that tell them how their work is progressing, whereas hiring managers and admins can view the overall tally of the organization with added user-specific breakdowns. 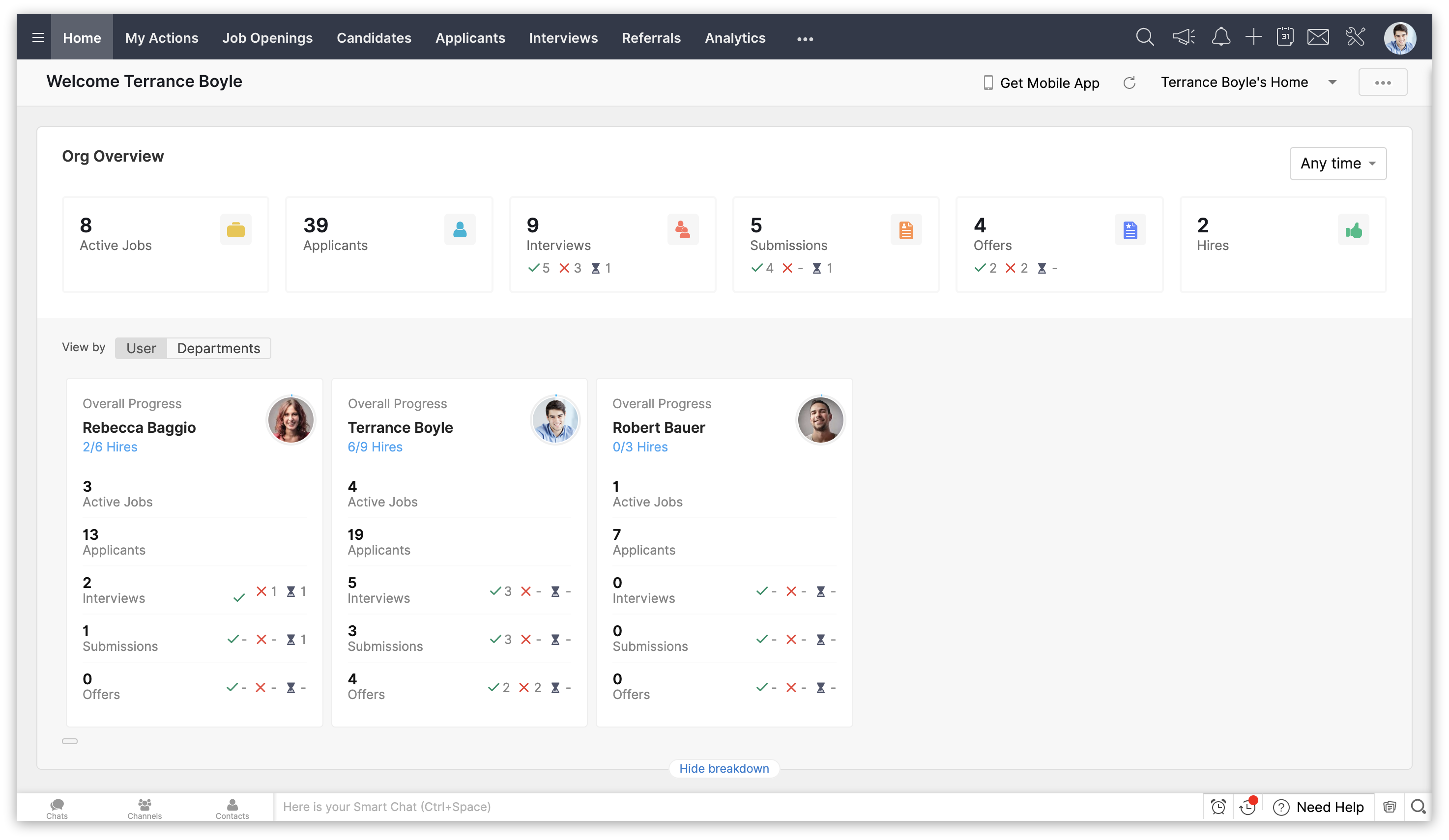 You can also track the number of positions a user has filled for the active jobs they're associated with. Additionally, if you're using Zoho Recruit's HR Edition, you can view the breakdown based on your departments. 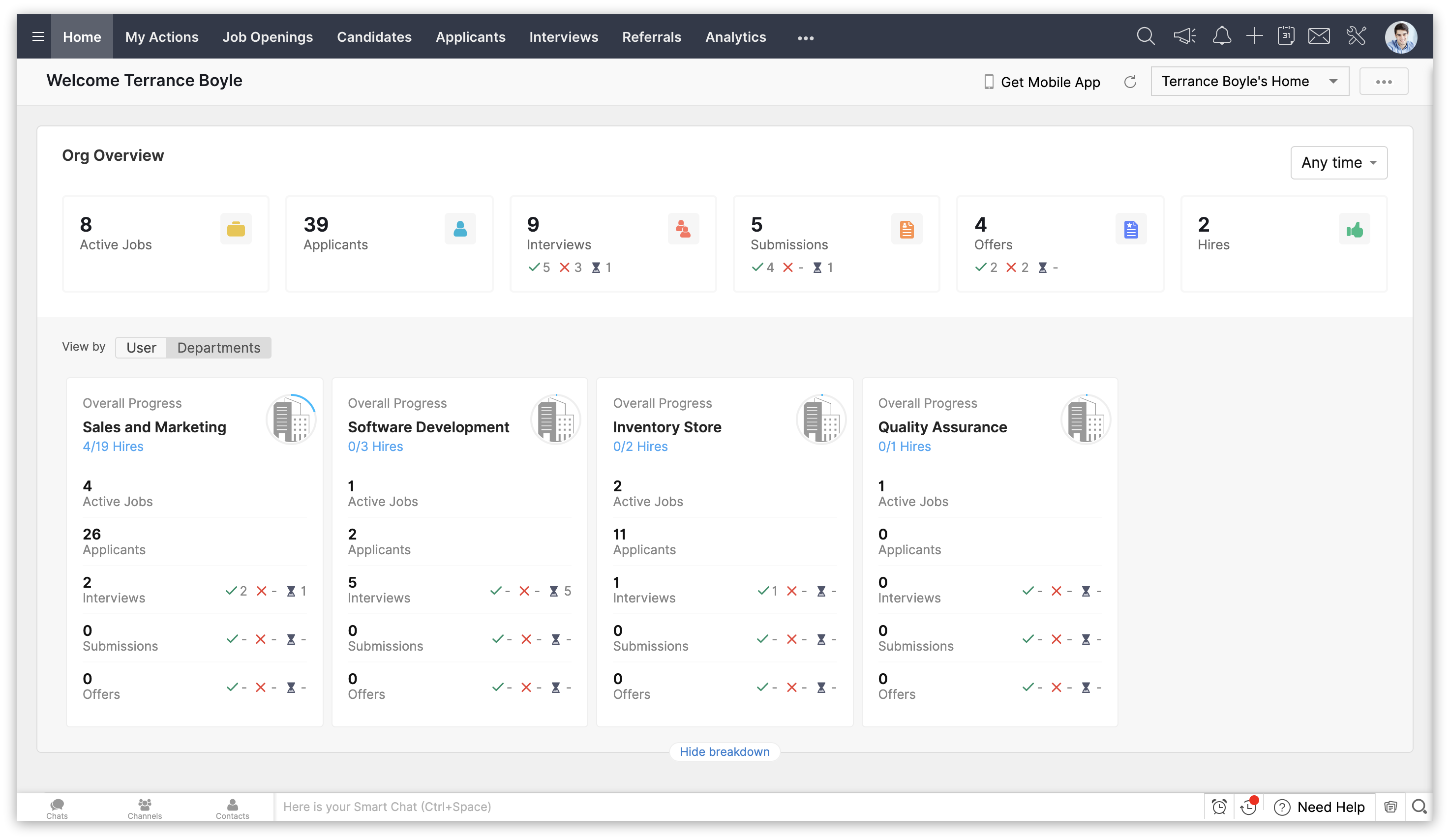 Listed below are the components that are part of Zoho Recruit's Overview Dashboard, including details on how we tally each value in the dashboard for both admins and non-admins.

In Zoho Recruit, job openings that still part of your hiring pipeline (jobs that have at least one open positions and aren't locked) are called active jobs.

Every time you associate a candidate with a job opening, an application is generated. This way, you can have multiple applications for a single candidate as their rating and value may vary with respect to the job they are being evaluated for.

You can track your Interviews (face to face and live/recorded video interviews) directly from your Home page. The sub-categories, ie, Completed, Cancelled and On-Hold, of your interviews are displayed beside their respective icons.

Every candidate you submit to a client using the Submit to Client button counts as a submission. The three sub-categories, i.e, Accepted, Rejeted and On-Hold, of your submissions are displayed beside their respective icons.

When a candidate is hired, recruiters can quickly send out an offer letter to the candidate to accept the job. You can track the offers you've made and how they're progressing directly from the Home tab.

Each candidate record that has it's status changed to Hired is counted as a hire. This status can be manual, automated or even be done using APIs.