With Territory Management, the following criteria determines who can access the records in a territory.

Users can edit records in their territory only if: 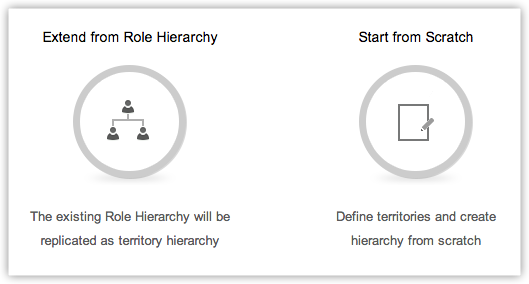 Once territory management is enabled:

To enable or disable deal rule

Users with the Administrator profile can create territories. Territory managers also have the default privilege to create sub territories for their territories.

To create a territory

To create a sub territory

When you delete a territory:

To delete a territory

When you enable territory management, you can configure the organization's forecast settings and begin creating forecasts every quarter/month. See Also Forecasts Based on Territory Hierarchy

You can disable territory management. On disabling this feature the following will not be accessible:

Forecasts based on Territory Hierarchy